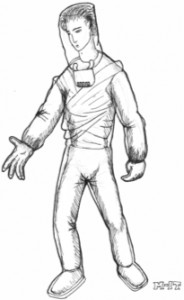 Quite a while ago a bunch of Artifact players were remarking on a piece of equipment in the game called a Vac-Suit. Most characters get one to start the game, but nobody used them as intended (they’re limited use space/hazard suits). In fact a few of them had no idea what they even were supposed to do. People were using them for all kinds of things except for wearing them so we started a list of 101 uses for a Vac-Suit and ended up with 106.  It’s a bit hair brained but it was fun to come up with the list. Enjoy!