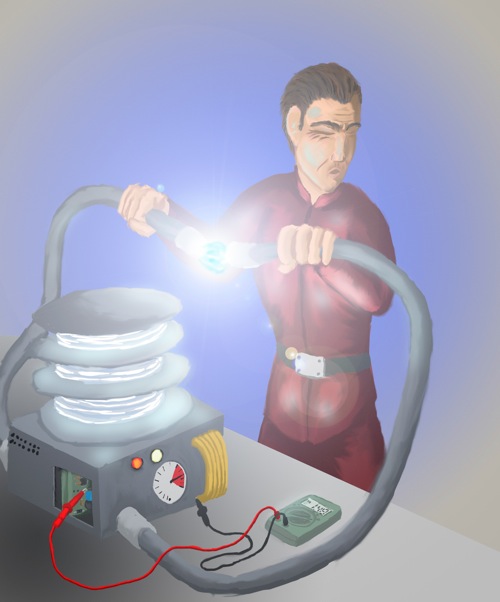 Assigned Objective: Restore mobility to one of the company’s E-Suits

Purpose of Mission: Protection of allied forces near the surface

Progress Report: The Company’s resources are severely depleted while we wait for a new teleporter from a remote ops station. After losing a number of the Company’s assets in action, one of our E-suit’s engines was damaged beyond repair. My orders were to find a way to restore function to the vehicle by any means.

With no other viable options I was able to extract a Chezbah Zero Point Engine with the help of some of the medics and preserve it’s power generation. It has been reported that once the engine goes cold it cannot be reactivated so we needed to take great care to prevent an accidental discharge.

Charge in the engine builds exponentially so great care must be taken to keep them level. Early on I was forced to short the engine out because of a run away reaction. This nearly fully discharged the engine which would have rendered it useless.

Once the power is balanced with the vehicle’s power demands, most of this exponential reaction should be manageable but will require the pilot to be mindful of not fully discharging the engine nor letting it build a charge past the level the vehicle can use. We are proposing to have a grounding system automatically trip if this happens and avoid an overload situation.

Testing in the E-Suit begins tomorrow.